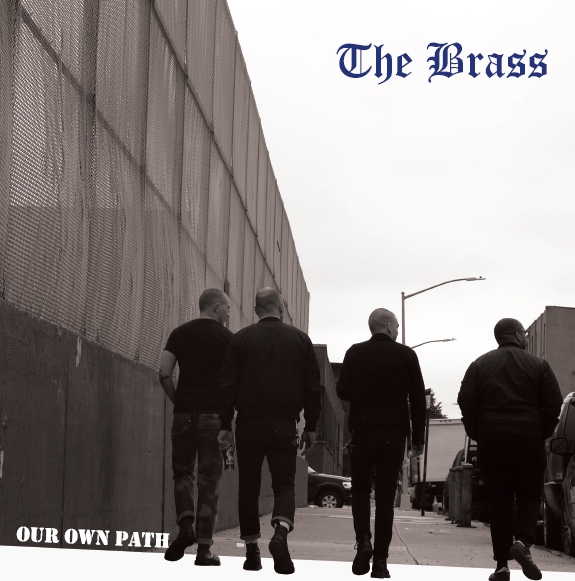 Brass,The - our own path 12"LP
lim. 300 transparent royal blue EU-VERSION
THE BRASS debut album - after their 2016 EP and a few demos (which were released on digital sources and on tape only) - could be labeled as a blueprint for the term "American Oi! in 2018". The band was found in Canada a few years back, then moved to New York and currently hail from Philadelphia. During that odysee they seem to have breath in that air which made bands such as THE WRETCHED ONES or ANTI HEROES made that great in the past and which makes us like NO TIME or PMS 84 today: Raspy, mean vocals, solid song structures and a big dose of anger and hate. That album is a killer from the beginning to the end, it's diversified but always has an own THE BRASS trademark: From an 80s French-Oi! inspired song (Saxophone!) to some Hardcore influenced songs to a track which reminds to the first BISHOPS GREEN 12" - it's all into OUR OWN PATH. Plus a cool EDDIE AND THE HOT RODS cover version (...you guess what song).

Tracklist:
Side A
Never slowing Down
A little bit later
Tough Luck
Social Suicide
Psychic War
The Marching Drum
Our Own Path